What are the downsides of multifamily investing?

Description:  The downsides of multi-family investing

Yeah, no asset class is perfect, including multifamily.  Though I’d venture to say it’s closer than most, to be frank.

The two biggest downsides of investing in multifamily real estate are:

First, your capital isn’t liquid.  In other words, while you will get cash flow paid to you each month or quarter in impressive amounts, still, multifamily investments are not like a publicly-traded stock where you can sell your stock and have cash in your hand within a few days.  It’s not like that.  You have to plan to be in the deal for several years – 3-10 years is common – before you’ll be cashed out.  Of course, you’ll be told this up front.  It won’t come as a shock.

The only other downside of multifamily investing I really see is actually a huge benefit for most people, but it is that you’re just along for the ride.  In other words, you’re not required or expected to actually DO anything on the project yourself.  It’s totally passive… the general partner is in charge of handling all of the actual execution of the business plan.  So if you’re a real hands-on type, that can be frustrating.

And I’d hasten to add that those two downsides – illiquidity and passivity – are both factors that are known in advance.  You’ll be told, up front, that your capital will be tied up for a certain period of time, and that you have no active role in running the project.  So while these two factors exist, they should never take you by surprise.

Frankly, I had to struggle a bit to come up with those downsides.  Overall, multifamily is just a great asset class. 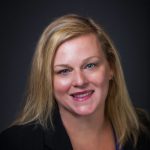